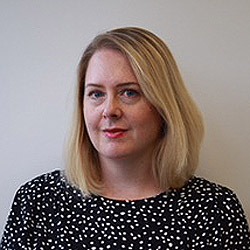 Prior to that she worked at BBC, negotiating the international distribution rights for BBC in-house Drama and Comedy programmes as well as acquiring programming for distributors BBC Worldwide, DRG and Zodiak Rights.

I did the Elevator Pitch today and it was Joel Schumacher inside! Not only did he like it, he asked me to send him the script!"