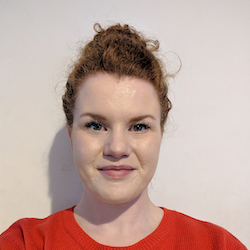 Reel One Entertainment, a Newen (TF1 Group) company, is a dynamic international television production and distribution company with offices in Montreal, Vancouver, Toronto, Los Angeles and London. Reel One leads the way in the development, financing, production and distribution of high-quality TV programming, and is one of the largest suppliers in the niche of highly commercial TV movies and series.

Catherine works as Development Coordinator at Reel One, overseeing scripts from concept through to final draft stage, production & post-production. Prior to this she worked as Development Editor at Shiny Button productions, working across their comedy and drama slates, and before that worked in both television compliance and sales teams.

Looking for: Prime Time Christmas movie & romcom pitches. For our Christmas content, we want writers who can fuse together well-crafted plots, Christmas heart and comedy beats to create that Christmas magic that audiences love. For the romcoms, we’re looking for strong hooks, original premises and standout leading characters with plenty of romance & spark.

Catherine King is appearing at the following sessions: