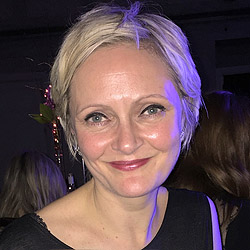 Catherine has had a busy couple of years. As well as single-handedly writing two series of the Bafta-nominated New Teletubbies, she also co-created and was Head Writer for Waffle the Wonder Dog (CBeebies, series two currently in production) and Chip & Potato (streaming on Netflix in 2019). Prior to that, Catherine script produced and wrote many episodes of BAFTA-winning hit show Topsy and Tim (CBeebies).

Catherine Williams is appearing at the following sessions:

Writing For Children with Tim Bain

I enjoyed every minute of it. Ten out of ten and will return!"