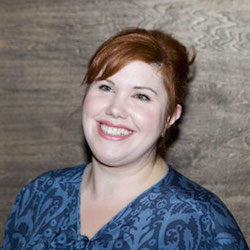 Charlotte joined the team in April 1999 having spent her formative years at Samuel French Ltd. Her background includes a research MA entitled ‘Deviant Divas’, an academic career in performance art, and an unparalleled reputation as a barmaid. Before hanging up her writing gloves, Charlotte also wrote the cult musical Saucy Jack and the Space Vixens.

Charlotte began recruiting clients in 2001 and became a Company Director in 2002. She took over as Managing Director of the agency in 2004.

Charlotte has an almost photographic memory.