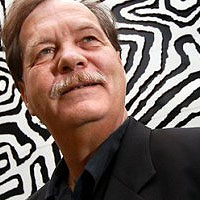 Christopher Vogler is a veteran Hollywood story consultant known the world over for his landmark book The Writer’s Journey: Mythic Structure for Storytellers.  Vogler began his career as a documentary filmmaker for the US Air Force’s space program.  After graduate studies at the USC film school, he entered the Hollywood studio system as a story analyst and eventually became a development executive at  the Fox 2000 production unit of 20th Century Fox.  He currently is a story consultant to major studios,  directors and stars.  While working in the Disney story department he wrote an influential memo on the mythological Hero’s Journey pattern that became part of Hollywood story legend and formed the foundation of his book, The Writer’s Journey.

As a consultant he has influenced the stories of many productions including Disney’s The Lion King, Aladdin, Hercules, Fantasia 2000; Fox’s Fight Club, The Thin Red Line, Courage Under Fire, and for other studios 10,000 BC, Karate Kid II, Darren Aronofsky’s The Wrestler and Noah, Will Smith’s Focus, Hancock, Men In Black III, I Am Legend, etc.  He consults with major corporations on storytelling and branding and presents workshops globally on the power of stories to change minds and lives.

In 2016 he received the Pulcinella Award from the “Cartoons on the Bay” Film Festival in Venice, Italy for his contributions to the animation industry.  He is the author of the graphic novel “Ravenskull” and co-author (with David McKenna) of “Memo From The Story Department: Secrets of Structure and Character”.

Christopher Vogler is appearing at the following sessions:

7:00 The Writers’ Journey with Christopher Vogler

A half-million book sales, the creator of the story blueprint that defined movies for more than 20 years, and certified legendary status in the industry. Not a bad CV. Chris Vogler returns via Zoom to advise and enlighten all of us.