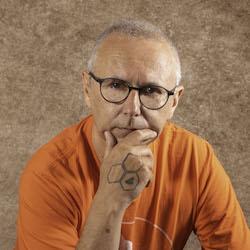 Clive Frayne is a screenwriter and development consultant who works exclusively with independent producers.

He offers producers a unique form of script analysis and consultation. A methodology that focuses on an analysis of what made it onto the page, understanding the audience’s journey through the film, and cinematic storytelling. He brings a wealth of production experience to script development. Experience that allows him to shape projects, so they fit the producer’s funding and distribution strategy.

He has written and directed two feature films and several award-winning shorts.

His first book,The Process, of Screenwriting, shares his unique approach to script development. One based on the development of each writer’s unique writing process, rather than the application of formulas and structures.

Clive Frayne is appearing at the following sessions:

LSF Replay - The Process To Perfection with Clive Frayne

In this invaluable session, you will learn solve the problem of endless and ineffective rewrites via Clive Frayne’s unique process-driven approach.