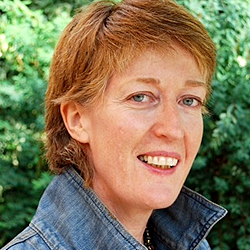 Prior to her first feature WRECKERS, Dictynna wrote and directed multi-award winning short films THE OTHER MAN with BAFTA winner Anna Maxwell Martin, and JOURNEY MAN, with Ruth Madoc. JOURNEY MAN was a global festival hit and had eight months’ theatrical exhibition in the UK. Dictynna has had work commissioned by Granada and Channel 4, and wrote the screenplay for Tim Krabbe’s cult novel VERTRAGING [ECHO], which we are taking into development for Likely Story. Dictynna has also directed for theatre and audio, including audio versions of Aristophanes’ THE CLOUDS with Andrew Sachs and extracts from Homer’s ILIAD with David Warner.