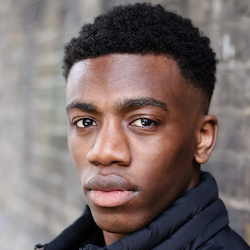 Dami Adeyeye is an emerging Film Producer who produced his first documentary ‘A Dark Mind’ in 2019 while teaching at Eton College. The film is about mental health and the stigmas faced within the black community. Dami is now in the process of building a media and entertainment company, Elysium Entertainment, targeted for the black audience, while building a slate of films for development. Dami studied Mathematics at the University of Leeds, his hobbies include reading, watching a lot of films, running, and gaming.

He’s looking for writers of underrepresented identities who want to write authentic and exciting stories.

MASSIVE thanks for organising such a wonderful festival… The Pitchfest resulted in ten script requests!"