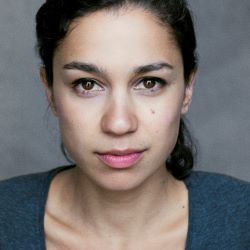 Danusia is an actress, writer and singer from London. Stage acting credits include the Royal Court, RSC, Globe, and Royal Exchange. Screen credits include The Great (Hulu), Ghost in the Shell (Paramount/DreamWorks), and Tyrant (FOX).

Danusia is currently collaborating on various projects with UK production companies. In 2019, she was commissioned to write her first TV drama as part of the BBC’s TV Drama Writers Programme, and has recently been commissioned by Soho Theatre as one of their 2020 Soho Six playwrights.

Danusia Samal is appearing at the following sessions:

I had a blast... Brilliantly run, great events. It's the best one I've been to...