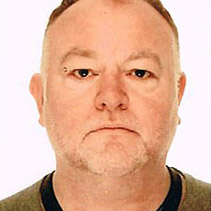 Free@Last TV is an independent scripted television production company established in 2001 in London. We have produced over 500 hours of television for a range of broadcasters including the BBC, ITV, Sky, UKTV and Channel 4, across a range of genres. Our flagship drama Agatha Raisin first broadcast as a one off Christmas special on Sky One Boxing Day 2014 before being picked up to series airing in 2016. Free@Last TV has a broad range of dramas on our slate including biopics (Lonely Boy – The Benny Hill Story), prequels (First Frost) and original content (Deadbeat Dads) alongside our collection of intellectual properties such as Daphne du Maurier’s The Flight of the Falcon, Perlman – based on the Glasgow novels by Campbell Armstrong, and the Classic Crime Club book series published by HarperCollins.