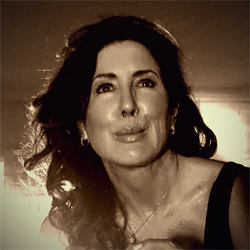 Diane Drake is an accomplished screenwriter, writing instructor, story consultant, author and international speaker. Her first produced original script, ONLY YOU, starring Robert Downey, Jr. and Marisa Tomei, sold for one million dollars, while her second produced script, WHAT WOMEN WANT, starring Mel Gibson and Helen Hunt, is the second highest grossing rom/com of all time (boxofficemojo.com). Both films have also been remade in China featuring major Chinese stars, and WWW was recently again remade as WHAT MEN WANT with Taraji P. Henson.

Prior to becoming a screenwriter, Diane served as VP of Creative Affairs for Academy Award-winning director/producer Sydney Pollack. She is a member of the Writer’s Guild of America, and recently released her debut book on screenwriting, ”GET YOUR STORY STRAIGHT”. She teaches screenwriting through the UCLA Extension Writers Program, has served as a judge for numerous screenwriting contests including the WGA Awards, Austin Film Festival, and the Humanitas Prize, and serves as a mentor at the Rocaberti Writers Retreats in France and Italy.

The Festival exceeded all expectations. Brilliant sessions with brilliant people, both speakers and delegates, who understood where you were coming from."