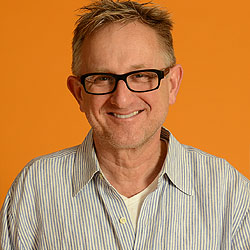 After UCLA Film School, Ed Neumeier worked as a gofer on the TV show Taxi, spending nights at the writer’s room door listening and waiting for pages.

He next became a Story Analyst, reading scripts at Paramount Television and Columbia Pictures, eventually working as a development executive at Universal.

His first script (co-written with Michael Miner) was RoboCop (1987) which he co-produced with Jon Davison for director Paul Verhoeven.  He subsequently wrote the pilot for the RoboCop TV series (1994) and served as a creative consultant for 24 episodes.

Neumeier reteamed with Davison and Verhoeven for Starship Troopers (1997).

In 2001 he helped create and consulted on the TV show Relic Hunter starring Tia Carrere which ran for 66 episodes.

Neumeier worked once again with Michael Miner on the script for Anaconda: The Hunt for the Blood Orchid (2004) and wrote and produced Starship Troopers 2:  Hero of the Federation (2004) for director Phil Tippet.

Neumeier and Miner were awarded shared writing credit with Josh Zetumer by the Writers Guild of America for the use of their original work in the remake of RoboCop (2014), directed by Jose Padhila.

Neumeier is currently writing a reboot of Buck Rogers for producer Don Murphy (Transformers) and producing RoboCop Returns for MGM, a direct sequel to the original 1987 RoboCop to be directed by Neill Blomkamp.