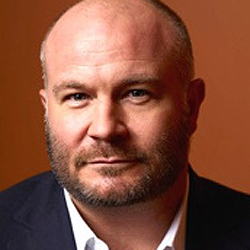 Academy and BAFTA Award-winning Producer Gareth Ellis-Unwin is the CEO of the London-based Bedlam Film Productions.

In 2009, Gareth produced the British thriller Exam, which was nominated for a BAFTA and won Spirit and Dinard awards. International recognition followed soon after with the record-breaking, critically acclaimed 2010 film The King’s Speech. It went on to become the highest grossing British Independent Filmindependent film of all time. It debuted at Toronto International Film Festival where it took home the celebrated Audience Award before winning seven BAFTAs (including Best Film and Outstanding British Film) and being awarded four Academy awards, including Best Film, presented to Gareth by Steven Spielberg. The film would eventually win in excess of 80 internationally recognized film awards and gross over $450m worldwide in theatrical receipts alone.

Embarking on his next feature,In 2012 Gareth produced his next feature, the moving drama Zaytoun, the first film to be made under the UK-Israeli co-production treaty. Screening The film was selected to screen at the BFI London Film Festival, AFI Festival and Toronto International Film Festival, where it was awarded the Runner Up Audience Award at the latter.

Last year, Gareth worked as an Executive Producer on the BAFTA-nominated British war film Kajaki. The True Story. The critically applauded feature, which supports major military charities, was released nationwide in November 2014 and is due for DVD, Blu-ray and digital platform release in June 2015. Gareth oversaw the direct distribution of the film in the UK, securing over 2500 screenings of this modestly budgeted war movie. Since the film’s release Gareth has begun working closely with Help for Heroes and has been asked to join their Brand Ambassador programme.

He also frequently collaborates with the International charity Cinemagic that encourages and inspires young people with ambitions to work within the film industry. Recently he mentored Cinemagic students on the charity’s debut feature film, A Christmas Star, due for release in December 2015.

Gareth is a voting member of AMPAS, BAFTA, PGA and PGGB. He is also Honoree Fellow (is this correct or should it be Honorary Fellow?) of Ravensbourne College of Design & Communication where he regularly lectures.

Currently Gareth is developing a diverse slate of projects:

Star of the Morning –  a– a biopic exploring the adventurous, groundbreaking life of British Aristocrat Hester Stanhope, who abandoned the comforts of London and trekked across the desert during the 19th Century.

One – The English language adaptation of the Czech box-office hit comedy Women in Temptation.

Spitfire Girls – a television drama based on the lives of female pilots during World War II.

Serrailler – a television drama based on the Simon Serrailler books from author Susan Hill.

I can’t even describe how much I got out of the Festival. Everyone I’ve spoken to post-Festival has said the same thing. You all did a terrific job!"