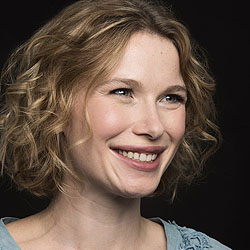 Georgina Sherrington is a script editor and development executive. Georgina has worked in writers rooms including for Harlots S3 for Monumental Television, Gormenghast for Fremantle/Showtime (in development), and Sleeping Bears for Keshet TV (in development).

In development, Georgina has worked at Illumery Pictures, Euston Films and for independent US producers Maxine Lapiduss (best known for Friends; Roseanne) and BJ Rack (best known for Terminator II; Nine Miles Down).

Prior to working in the independent sector, Georgina worked at the BBC across BBC Drama Commissioning, BBC Comedy and as a Media and Content Strategist for BBC Commissioning and BBC Studios.