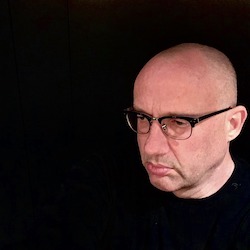 Hank has produced a variety of drama and documentaries. Elstree 1976, premiered at the LFF 2015 and has been released in over 20 countries around the world. Being Frank: The Chris Sievey Story, premiered at SXSW in 2018, screened at BFI/LFF 2018 and was released in the UK in 2019 by Altitude Films. Feature length drama Trick Or Treat was released in 2020, winning first prize at Marbella Film Festival. The definitive Ghostbusters Documentary, Cleanin’ Up The Town: Remembering Ghostbusters was also released globally in 2020. In June 2021 Hollywood Bulldogs: The Rise and Falls of the Great British Stuntman narrated by Ray Winstone, was released to rapturous reviews from the broadsheets. Hank produced Astrid Goldsmiths Oscar long listed stop-motion animation Red Rover, with a feature length version currently in development with the BFI.