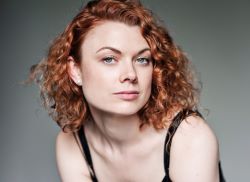 Quit law. Started acting. Found her funny bone. And has been creating the whole time.

Hannah Berry George is an award-winning writer and director, whose work will make you laugh or question the norm.

She’s had several comedy viral hits that touch on social issues including sexuality, race, and gender, and her work has regularly been featured on Funny or Die. Her first music promo with Syrian-American rapper Mona Haydar released in October 2018 on the same day that she won an ADCAN* Award for her spot for US charity Ashoka.

Since then, her first short film Hard Rain – a stylised documentary about mental health in the drag community – was screened by the BFI and premiered on NOWNESS.

In terms of what I’m working on right now it’s a mixture of long and short form, across drama, documentary and comedy. This year, I’m specifically work on:

I would love to meet someone who both writes and directs, bonus if they’re a woman, and whose work is about holding up a mirror to ourselves as individuals and as a society.