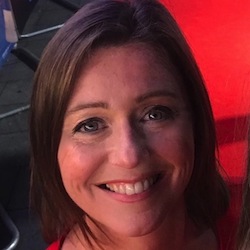 Harriet is currently developing features including comedy Girlfriends, about an over-dependent friendship which implodes on a Spanish hen do, to be directed by Debbie Isitt (Nativity), Chalet Girl 2 by Jess Bray and The Cancer Ladies Running Club, adapted by Kefi Chadwick and based on the hit novel by Josie Lloyd.

A wonderful, warm gathering of the screenwriting tribe, full of insight, energy and inspiration."