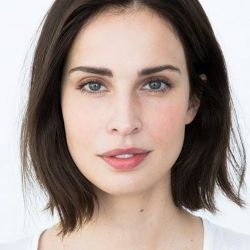 Heida Reed is originally from Iceland. She trained as an actor at Drama Centre London and has lived in London ever since. She played Elizabeth Warleggan in Poldark as well as appearing in numerous plays and TV shows, both in the UK and Iceland. She is now writing, producing and directing her own comedy sketch show Park & Reed with her partner Beth Park.

Heida Reed is appearing at the following sessions: