Co-Founder of One 3 Creative, Producer, author 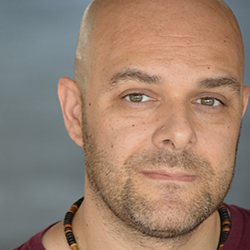 Houston Howard is appearing at the following sessions:

Chief Storyteller and Co-Founder of One 3 Creative, Houston Howard is the go-to guy on expanding story across different media.

You're Gonna Need A Bigger Workbook