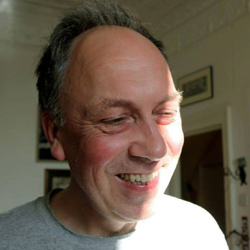 Ian is a writer, teacher, script editor and story consultant whose recent writing projects include an epic animated feature based on Ariosto’s Orlando Furioso, slated for imminent production. He has worked as a consultant for the UK Film Council’s Premiere and New Cinema Funds, the First Film Foundation, the Script Factory and many other bodies and producers, and is currently writing a supernatural feature to be shot on location in Italy.

Ian heads Euroscript’s Feedback and Consultancy services and teaches Genre workshops in Horror, Science Fiction and Thrillers with a special side order of Creating Fear in Cinema, as well as a course in Script Reading and Assessment.