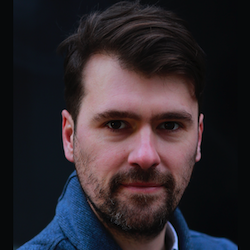 MTP is the longest established production company in Scotland, having been founded in 1988 by Simon Mallinson. The BAFTA winning company was set up with a focus on commercial production, producing the largest and most successful ads in Scotland, set up a roster of proven directorial talent from the advertising industry, music promos and drama. The company represents the best of Scottish talent as well as directors from across the UK and the globe.

Over the years the company has developed its talent through short film production and has had festival success with projects such as Exchange & Mart premiering at Sundance and recently with Laura Carreria’s The Shift premiering at Venice. MTP produced its first feature film in 2015 with Jake Gavin’s Hector starring Peter Mullan and premiering at Edinburgh International Film Festival. The second feature in 2017, Freehold directed by Dominic Bridges premiered at SXSW.

James Heath, a BAFTA-nominated Producer and an alumnus of Berlinale, Rotterdam & EIFF Talent Labs, joined MTP in Glasgow in 2019.

James produced feature film The Fitzroy (2018), directed by Andrew Harmer and went on to win awards at festivals including SXSW.

Features currently in development include Jealous Alan with Martin Clark on the Less is More programme, as well as Screen Scotland funded Periods written by Raymond Friel. This year James has been selected to attend the EAVE producer’s programme.

A: Write about what the know and are passionate about. Keep your pitch short, clear and to the point – leave me wanting to know more.