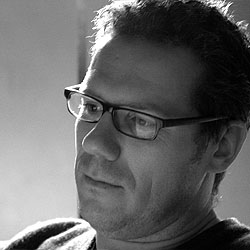 James Wood is the Bafta wining writer and creator of Freezing, Rev and Ambassadors (all BBC2).

James’ most recent project is The Gamechangers, the BBC’s dramatisation starring Daniel Radcliffe and Bill Paxton which goes behind the scenes of the creation of Grand Theft Auto, the fastest selling entertainment product in history.

The Gamechangers receives it’s UK premier on BBC2 in September 2015.

James Wood is appearing at the following sessions:

If your comedy script is running out of petrol by act 2, you must improve your entertainment endurance. James Wood is here to tell you how.