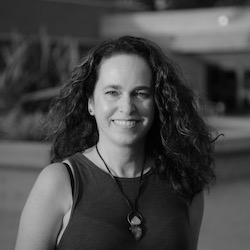 A founding Partner of CatchLight Studios, Jeanette has worked on over 85 feature films, most recently as Producer on SONGBIRD, the first film to shoot in Los Angeles during the Covid-19 lockdown as well as Executive Producer on UMMA for Sony Pictures and Sam Raimi.

She served as an Executive Producer for the romantic comedies IN THE WEEDS and AMY’S ORGASM. She also produced the WORLD FESTIVAL OF SACRED MUSIC documentaries, which were inspired and hosted by His Holiness the Dalai Lama.

Jeanette was one of two Americans recruited to create Tony and Ridley Scott’s company Mill Film in London. During her two years abroad, she produced the visual effects for LOST IN SPACE, WAKING NED DIVINE, ENEMY OF THE STATE, HILLARY AND JACKIE, and STILL CRAZY.

Jeanette entered the industry as a Visual Effects Coordinator at Sony Pictures Imageworks on the film JAMES AND THE GIANT PEACH. She worked at Sony for two years, contributing to projects such as MONEY TRAIN and MICHAEL… MORE

If I hadn't come to the Festival I wouldn't have improved as a writer or got an agent – and now I have a meeting at Hollyoaks about writing the show!"