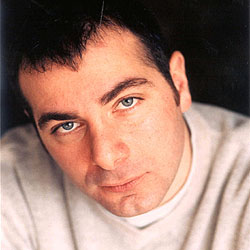 Jed Mercurio is one of the few UK script-writers to work as an American-style showrunner. His most recent credit, Line of Duty, is the most watched BBC2 drama series in the multichannel era.

His other credits include Lady Chatterley’s Lover, Critical, Strike Back, Bodies, The Grimleys, Invasion:Earth and Cardiac Arrest. Line of Duty and Bodies are both winners of the Royal Television Society Award for Best Drama Series, and Jed has been nominated four times for a BAFTA Award, three times for a Writers’ Guild Award and three times for the RTS Award as Best Drama Writer.

Jed Mercurio is appearing at the following sessions:

LSF Replay - Mercurio: A Study In Greatness with Jed Mercurio

The atmosphere made it surprisingly easy to talk to complete strangers."