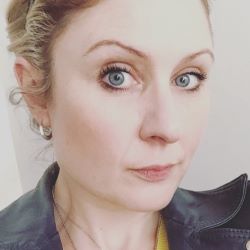 Jessica Ruston began her writing career in feature films, before moving on to write and publish two works of non fiction and four novels, including the best selling Luxury, before moving to writing for TV after the birth of her daughter.

She has written for Casualty and on Harlots for Hulu, Young Wallander for Netflix, Around the World in 80 Days for the BBC. She has also written two episodes of the forthcoming Catch Me a Killer for MNET, including the feature length finale.

Jessica has a large development slate of both original and adaptation projects with companies including eOne, Little Island Productions, Monumental Television, Dancing Ledge, Wild Mercury, Expanded Media, Yellowbird UK, Big Light, Character 7, Euston Films, and 42 UK/US for both terrestrial broadcast and streaming. She is also attached as lead writer on a greenlit thriller for Two Brothers.

Jessica is represented by 42 MP.

Jessica Ruston is appearing at the following sessions:

Characters On The Couch: Psychoanalysis Of Your Characters with Jessica Ruston

Come find out more about Jessica Ruston, the writer, in this unique opportunity to chat with her.