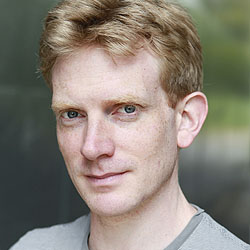 John’s scripts have been produced on stage, radio and as audio books. He has won multiple international awards and writing competitions for his work.

Since 2009 he has worked full-time for Big Finish Productions, writing nearly seventy scripts for their officially licensed original audio dramas based on popular television shows including Doctor Who, The Avengers and Survivors for release on CD or transmission on BBC Radio 4 Extra.

He has developed a sitcom with Baby Cow Productions, worked as a script-editor on a trans-media project at The National Theatre, and was recently asked to appear on a British Film Institute panel discussing his work adapting a lost episode of The Avengers.

I’ve run a production company for six years, done the fest circuit, and it’s safe to say LSF was the most electric, stimulating and family-like experience yet."