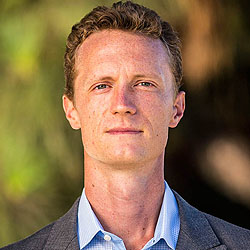 John is an independent film producer with experience on various sides of the industry. He worked for Open Road Films’ acquisition team, acquiring and releasing such films as The Grey starring Liam Neeson and End of Watch starring Jake Gyllenhaal.  He worked as a creative executive at Media Talent Group for management clients including Angelina Jolie and Nicole Kidman.

John got his start in the industry as a development assistant and story editor at film financier OddLot Entertainment, helping to develop such films as Academy Award-nominee Rabbit Hole, the Cannes award-winning Drive, and the sci-fi epic Ender’s Game.