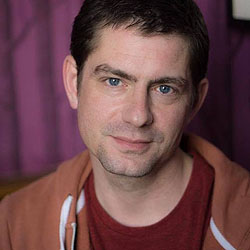 In 2012 his first stage play, Nice Sally, won two awards in the Off Cut Theatre Festival. He has also written a number of Doctor Who, Torchwood and Dark Shadows audio dramas. In 2015 he wrote the revamped Doctor Who Experience based in Cardiff, Wales. Working with the BBC, he created the interactive Twitter #SherlockLive game which later won the 2017 People’s Voice Webby Award.

His short film, Wasted, reached the finals of the Balham Film Festival and was selected to be screened as part of the London Short Film Festival.