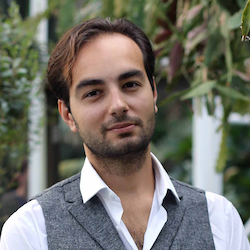 Josh Cockcroft is a producer and co-founder of Well Tempered Productions. Josh has worked for companies including Westend Films, Wildgaze Films, Entertainment One, and the commissioning team at BBC Worldwide. He went on to produce Oscar nominated director Ashvin Kumar’s latest feature film, ‘No Fathers in Kashmir’, which filmed in Kashmir and the UK and was released in cinemas in 2019.

In 2017 he set up Well Tempered Productions to develop projects by writers from backgrounds traditionally marginalised by the sector, and has built a slate of film and TV projects in partnership with a range of companies in the UK and internationally.

Josh is represented by Kitson Press.

Looking for: Projects about the environment and climate change, and projects with a Spanish/Hispanic link.