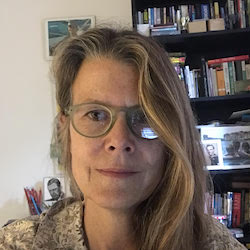 Karen worked for a decade as a producer for her mentor Garry Marshall in LA. She co produced one of the highest grossing romantic comedies in history – Runaway Bride. She worked with screenwriters while working at William Morris, and as a producer of Raising Helen and The Other Sister. She also produced a documentary project for Showtime directed by Liz Garbus. Before that, she researched true stories for Paramount TV and NBC.

As well as writing and producing short films for tv development, she is looking for film and TV scripts emphasising story and character that can work in the UK and US. Collaborating with partners in LA and London.

Awesome! A unique chance to spend time in conversation with a lot of people in senior positions in the industry..."