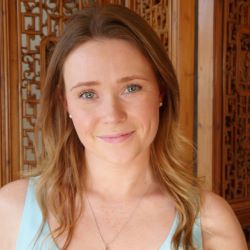 Signature Entertainment was founded in 2011 by Marc Goldberg and has become one of the leading distribution companies in the UK. Having released over 1,000 titles in the UK market since inception, leading the way with innovative and bold releasing strategies, as well as quality productions, Signature’s recent standout release hits include the heart-warming and much-loved The Peanut Butter Falcon with Shia LaBeouf, atmospheric horror Relic, Nic Cage’s bonkers thriller Willy’s Wonderland and Liam Neeson’s action-packed Honest Thief.

Signature are also acquiring films to distribute in other territories, predominantly English-speaking US, Canada, South Africa, Australia and New Zealand. In the past two years Signature has grown its international sales arm – our international sales team board films at various stages of development and sell the film globally, as well as distributing themselves in the aforementioned territories. The team’s slate is currently around a dozen films which are presented to buyers all year round, each having been introduced at one of the four major annual film markets.

In 2018 the company’s production arm, Signature Films was founded with an aim to focus on storytellers, filmmakers and properties that emphasize both creativity and commercial potential. With a team of avid film lovers on board, Signature Films brings expertise in production, distribution, finance, and working with A-list talent and already boasts a diverse slate of films, such as The Hatton Garden Job (starring Larry Lamb, Matthew Goode and Stephen Moyer), Final Score (starring Dave Bautista and Pierce Brosnan) and The Courier (2019 film of that name with Oscar-winner Gary Oldman and Olga Kurylenko).