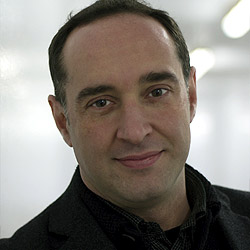 Leonardo has always been passionate about storytelling in all its forms.

After penning a WWII play zipping through multiple times and places and filled with twists and surprises – and somehow turning it into an award-winning piece of theatre – he went on writing and developing stories for film, TV and comics.

Fifteen years later, he is a respected script consultant for Eurimages and several other international production funds and worked for companies such as The Script Factory and NBC Universal, developing projects for a wide range of markets including UK, USA, Canada, Italy and Germany.

He trained both emerging and established writers, directors and script editors at Università La Sapienza, Apulia Film Commission and Lucca Film Festival and is actively promoting storytelling awareness through lectures and workshops aimed at the general public.

Translator into Italian of writers ranging from Alan Moore and Neil Gaiman to Tom Stoppard and David Mamet, he was recently appointed as artistic director of BGeek, the festival of Imagination and Geek Culture in Italy.