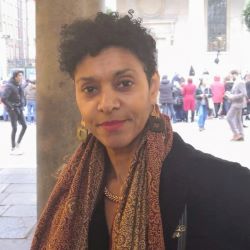 Linda is a costume designer who has been in film and television for many years. She has worked on period and contemporary dramas, comedy series and sitcoms, children’s shows and documentaries for leading TV companies and has costumed a number of feature films.

Linda Haysman is appearing at the following sessions: