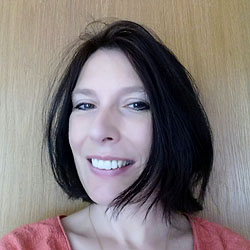 She is currently developing a television series for Showtime with Jed Mercurio/Jimmy Mulville’s company, HTM. She also has several contemporary drama series in development and under option with HTM, Wall To Wall, and BBC Studios.

Lisa additionally writes for the theatre. Her first play, Siren Song, was produced at the Lion and Unicorn Theatre in 2013, and her second play, Rapture, was performed at the Barons Court Theatre before receiving a full run at the Etcetera Theatre in 2016. Her third play, Priceless was produced by Matchstick Theatre Company at The Pie Factory in 2018.

Lisa McMullin is appearing at the following sessions:

Big Finish creates official audio dramas such as Doctor Who and Sherlock, adding depth to these worlds in ways TV cannot. Discover how to write exciting, limitless audio stories – from sci-fi to horror or futuristic to historical, audio drama can be anything.