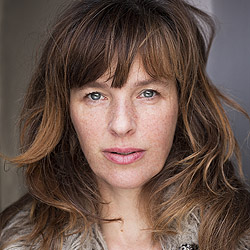 Lucinda Coxon is appearing at the following sessions:

LSF Replay - A Writer’s Life: Rolling with the Punches with Lucinda Coxon

Famed for “Herding Cats” on stage, “The Crimson Petal and the White” on TV and “The Danish Girl” on the silver screen, this is your chance to get acquainted with one of the UK’s most incisive writers.