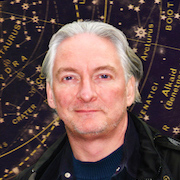 Planispheres is an independent production company and consultancy assisting in development, production and facilitating co-productions. Malcolm works with a small number of award-winning and emerging filmmakers and production companies.

Malcolm specialises in developing professional relationships and creative rights exploitation, with a focus on independent dramas, documentaries and international co-productions. A qualified solicitor, he holds a Post Graduate Diploma in international copyright law at Kings College London. Malcolm is a mentor for KCL and ScreenSkills, a voting member of BAFTA and sit on PACT’s film policy working group.

I was able to progress the sale of my screenplay, get some legal advice and network with many fantastic writers."