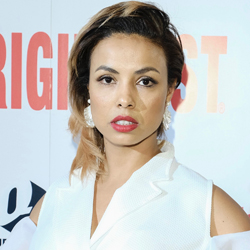 One of the UK’s brightest horror genre imports, Brazilian-born Marcia Do Vales is gaining a reputation as a gifted producer, with Paul Hyett’s supernatural thriller Heretiks her latest credit. She studied Law but eventually left her home country in 2002 to pursue a film career in Spain, accepting a place at the prestigious Instituto Del Cine Madrid.

In 2010 she developed and wrote, with Oscar Carrion, the Anglo-Spanish horror film, Deranged, which UK production company Templeheart Films went on to co-produce with Marcia’s own company EnMar Productions. This was the beginning of a fruitful partnership with Templeheart and after moving to London in 2013, she brought them a script called The Sisterhood, which would eventually become Heritiks, starring Michael Ironside, Clare Higgins and Hannah Arterton.

Marcia is currently producing The Foreseen, a supernatural chiller to be directed by Anthony Melton and Ben Franklin...