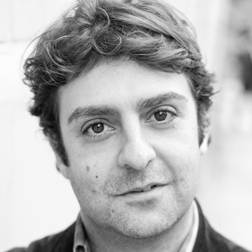 Marcus is an independent filmmaker, who successfully self-distributed his debut feature film, Papadopoulos and Sons (starring Stephen Dillane), which he wrote and directed, in 2013, by staging his own cinema release – achieving the second highest screen average of any movie in its opening weekend (only beaten by Oblivion with Tom Cruise) with a P&A budget of just £40k. He used social media and guerrilla tactics such as cold calling every Greek Orthodox priest to announce the movie’s release in the Sunday service before the opening weekend. The movie went on to be bought by Netflix, ARTE, the BBC and many worldwide territories.

He has written two plays: Age-Sex-Location (Riverside Studios, 2004) and Ordinary Dreams (2009) and his short films Two Strangers Who Meet Five Times (2017) and Office Song (2019) have notched up over 100 festival screenings between them and over 20 award wins. In 2014 he was nominated by the London Critics Circle Awards for Breakthrough British Filmmaker. In 2018 he teamed up with veteran Hollywood Producer Cassian Elwes (Dallas Buyers Club, The Butler, Mudbound) to launch Movie Collective – a new initiative to get more indie films financed.

Marcus has just completed his latest feature film The Wife and Her Househusband, which is currently in post production.

Marcus Markou is appearing at the following sessions:

The Power To Succeed Is Yours Already: Determining Your Own Destiny with Marcus Markou