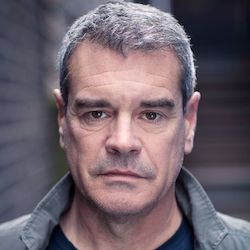 In the years since coming to London, Mark has appeared in films such as Wrath of Man, Blade Runner 2049, Angel Has Fallen and Mile End, and as well in Amazon’s Absentia and The Power.

This was the most awesome week of my life!"