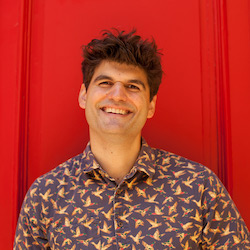 Mark is a former barrister turned writer and creative producer. His big break came when he unearthed the barrister William Garrow, and devised Garrow’s Law, the period legal drama that ran for three series on BBC1.

He has since written for The Revolution will Be Televised (BBC3), and the Tales of Peter Rabbit (CBeebies). He has several TV dramas in development. He was also a writer on the LSF 50Kisses film project.

The shows he has worked on have won various awards including: