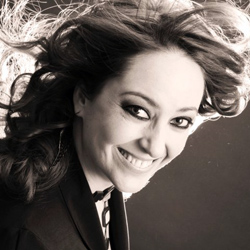 After twelve years in the film and media industry in London as an agent – from bridging the gap for film students from school into professional life, to representing editors, motion graphic designers and directors for Blueberry Creatives – Maureen recently moved to Scotland where she set up her own production company, co-producing and co-presenting a weekly Youtube show, The Kitchen Table, with mindset coach and TEDx speaker Mhairi Murray.

The Kitchen Table is a platform for progressive conversations, real-women issues and raw experiences. This is designed as a continuation of the TEDx Cumbernauld Women event that Maureen held in December 2019, which was a resounding success, on the theme of BOLD + BRILLIANT.

Maureen Hascoet is appearing at the following sessions: