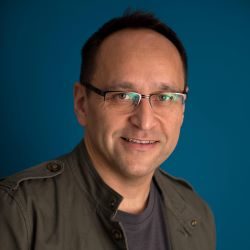 Dr Michael Brooks has a PhD in quantum physics and is a science writer and author of numerous books, including the co-authored Hollywood Wants to Kill You: The Peculiar Science of Death in the Movies. He has more than 20 years’ experience in science communication, writing for internationally recognised publications and consulting on a range of TV science programming.

Michael’s latest broadcast role is as science adviser to YouTube’s The Edge of Science.

Michael is also a co-presenter of the podcast Science(ish), which investigates the scientific questions raised by movies.

Michael Brooks, PhD is appearing at the following sessions: