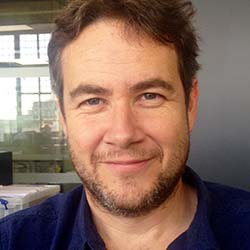 Michael studied at the Royal Welsh College of Music & Drama.

In 1996 he co-founded the Talent & Literary Agency Emptage Hallett, representing actors and writers.

In 2000 the company opened a Cardiff office to represent talent based in Wales, and continues to enjoy great success in one of the UK’s biggest production hubs.

He is a director of Ocean Independent, a production company currently developing two films and a TV series based on an optioned series of novels.