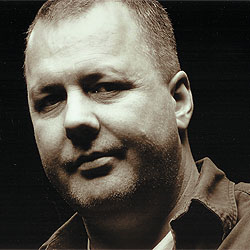 Neil will be at the LSF looking for feature films and high-end TV series in the thriller and comedy genres mainly but is always open to things that stretch these boundaries a little.

After graduating from PCL film school, Neil commenced his directing career in music videos for AWGO Productions who were based in London and Los Angeles. He then co-founded the Shooting Stars Production Company, which went on to be one of the most prolific companies in the business.

He directed over 160 music videos for all the major record companies, over 50 television commercials for some of the world’s leading brands, two award-winning short films and worked as a producer/director in broadcast television. He was an elected member of the PACT council for four years and chaired the film group of the DGGB for five years.

Neil has a BA Hons in Film & Photographic Art, an Advanced Diploma in Screenwriting, was nominated twice for a Billboard award in Los Angeles, a European Film Award for Best Music Video, a TAPS award as Writer of the Year and is represented by United Agents.

After setting up Formosa Films, he co-produced and directed the crime thriller Clubbed by BAFTA winner Geoff Thompson, starring Colin Salmon (Resident Evil, The World is Not Enough, Alien V Predator), Mel Raido (In Our Name, Gemma Bovary, The Informers), and Maxine Peake (Shameless, See No Evil, The Village). The film was released theatrically in the UK and France, has sold to more than 25 territories and was a best-selling DVD on its week of release. The film was nominated for a BIFA and was a Best UK Film selection at the Dinard Festival, France.

Neil produced and co-directed Twenty8k, a thriller written by BAFTA and EMMY winner Paul Abbott (State of Play, Shameless). The film starred Parminder Nagra (The Blacklist, ER, Bend it Like Beckham), Stephen Dillane (Game of Thrones, The Hours, The Tunnel) and Kaya Scodelario, (Wuthering Heights, Pirates of the Caribbean, The Maze Runner).  Sky acquired all TV rights and the film was released theatrically in the UK and US.

Formosa Films/Fat Pictures are also working on several international co-productions as a UK partner. Neil was a guest of honour at the Producer’s Network during the Cannes Film Festival and was selected for TAP where producers from Europe, Canada and the US are encouraged to work together as co-production partners. He regularly speaks on industry panels about UK film finance and in particular the current market for EIS/SEIS funding. He has also recently acted as consultant on several UK feature projects… MORE