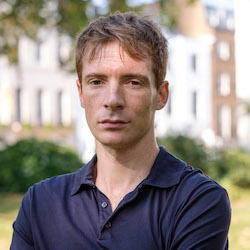 Nick Hayes began his career working for literary agent, Michael McCoy, at Independent Talent. After 5 years, he then left agency work to become Development Exec at Ringside Studios – a new indie set up by award-winning producer Gub Neal (The Fall, Prime Suspect, Cracker.) As well as working editorially across Ringside’s current slate, which recently included Liaison for Apple TV, Nick also focuses on new writing and covering all submissions – looking to build on the number of projects already in development.