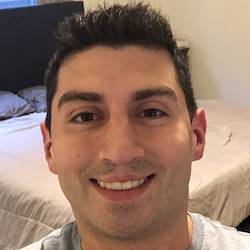 Nick Oleksiw of Mischief Entertainment is an independent producer with film and TV projects at Anonymous, Buzzfeed, Sony, Harper Road, Glickmania among others. He previously ran development at Reel FX where he exec produced the IFC thriller Welcome to Mercy.

The London Screenwriters' Festival is the essential event for screenwriters at any stage of their career."