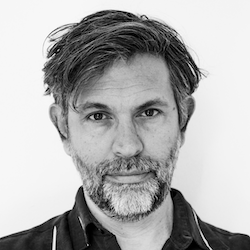 He has released Dear Child, a feature documentary produced and shot in Rio de Janeiro which recently won Ferrara UNICEF award 2021, The Art of Waiting a political short film produced/shot in Beirut which premiered at the 2019 Venice Biennale and most recently produced/shot From The Mountain a Syrian/Jordanian production for 2021.

Currently he is producing and directing Prophet of Doom (Winner Best Pitch FEST 2020), an investigative documentary about the disappearance of a Soviet climate scientist in Madrid in 1985.

I met a huge number of people who were not only great writers but great company, and I'm looking forward to staying in touch with them."