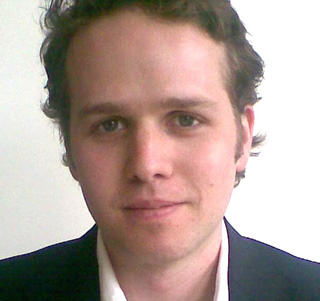 Ollie Madden started his career at Graham Broadbent and Damian Jones’s company, Dragon Pictures. He later became an Acquisitions Executive at Atom Films, the world’s largest short film distribution company. In 2001 Madden moved on to be a Director of Production and Development at Miramax Films, where he worked for three years and was involved with such films as DIRTY PRETTY THINGS, BRIDE AND PREJUDICE and PROOF.

In late 2004, Madden joined Intermedia Films as Head of UK Production and Development, where he worked on THE HUNTING PARTY and produced comedy MAGICIANS for Universal.  Working closely with Scott Kroopf, Intermedia’s President of Production, he was involved in the expansion of the UK development slate as well as acting as a production executive on all films shot in the UK and Europe

In 2007 Madden joined Warner Bros. as their UK based VP of Production where he’s been involved with SLUMDOG MILLIONAIRE and Guy Ritchie’s SHERLOCK HOLMES.

LSF feels like school, uni and the warmest, snuggliest part of my bedroom all rolled into one!"