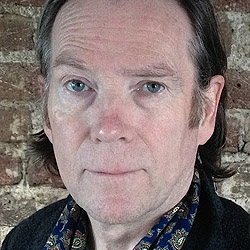 Starting in theatre, Paul Bassett Davies moved into radio and TV where his credits include Smith and Jones, Spitting Image, Rory Bremner, Jasper Carrot and many more. He wrote three series of his own BBC radio sitcom with Jeremy Hardy, and the Sony Award winning radio show Do Go On, with Griff Rhys Jones and Graeme Garden, which he also produced. His radio plays have featured Bill Nighy, David Hemmings, Linda Smith, Martin Clunes and Alison Steadman.

He has written and produced radio commercials, scripted over a hundred corporate films, and worked on music videos with Kate Bush and Ken Russell. He has also worked with Spike Milligan and in addition Paul wrote the screenplay for the feature animation film The Magic Roundabout and has been working on a film about counter-culture comic book heroes The Fabulous Furry Freak Brothers, with their creator, comics legend Gilbert Shelton. In April 2011 Paul was Creative Director of the London Comedy Writers’ Festival.

Paul is a director of Euroscript Ltd and runs workshops with the company. He also writes a popular blog: thewritertype.com

Paul’s second novel, Dead Writers in Rehab, is published by Unbound in early 2017. His story, The Spots, appears in ‘Six Scary Stories, Selected and Introduced by Stephen King’, published in the UK by Hodder this August.

I’d been wondering how you could 'elevate' this above other LSFs… but boy did you and the team do it!!! Outstanding!"