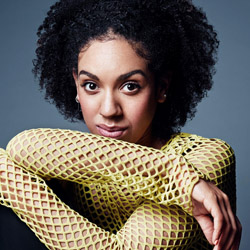 Having worked alongside the likes of Martin Freeman, Maxine Peake, Morweena Banks, and Matt Berry, Mackie also graced screens on Doctors, and and stages in the West End.

Her climb to world prominence exploded through time and space when she was announced as the first openly-gay companion of Doctor Who in 2016. Her run as Bill Potts dazzled fans and critics alike.

Since wrapping Doctor Who, Mackie has worked on stage at the Harold Pinter theatre and continued to work on film.